Stoney B (Michael Stone) was born May 29th, 1954 in Chicago, Illinois. He grew up listening to the blues. His father Lil' Howling Wolf, who now lives in Memphis, Tennessee, played and performed the blues in Chicago. Stoney B’s passion for the blues really took hold when he began teaching himself the bass guitar at the age of 13. Stoney B started performing at age 15 in his first band called The Rayshons. They performed and competed mostly in talent shows including one he recalls against The Jackson 5 at the Regal Theatre.

Since then he has continued to fulfil his heart felt desire of bringing his music to audiences around the US. In 2013, with 46 years of experience, he has become a highly accomplished guitarist, vocalist, songwriter and recording artist of the Blues. Stoney B not only has lots of talent but that wonderful gift of communication which grabs people’s attention as he brings them into a truly enjoyable, masterful and often humorous experience as he entertains them with the Down Home Blues. He feels and shares at a soulful level the essence of the blues with strong influences from Muddy Waters, BB King and Jimmy Reed.

After a number of years in the Army, where in his spare time he continued his self education on his Fender Stratocaster guitar, he came back to Chicago and started playing rhythm guitar for Johnny Guitar Embry and the Blues Kings mostly around the Southside of Chicago. He went on to play for Johnny’s wife, Queen Silvia Embry, opening sets for her. He sang and played the bass and then switched to the guitar when she came on stage. This began a number of years of playing in bands in Chicago including Junior Wells, James Cotton, Koko Taylor, Johnny Dollar, Lefty Dizz, Johnny Littlejohn, Lovelle White, Lovie Lee, Zora Young, Frank Pelligrino & The Kingston Mines All Stars and The Pete Allen Band, who backed up Buddy Guy.

He formed his first Stoney B Blues band in 1982 and soon after was featured on the cover of the Chicago Reader entertainment magazine. They performed regularly at The Kingston Mines, Lee’s Unleaded Blues, B.L.U.E.S., Momma Roseas and Wise Fools. Stoney B Blues captured the interest of Johnny Winters and Albert King who came to see his band perform. He also played in the Chicago Blues Festival with Queen Silvia Embry. Stoney B also played in a gig with his father, Lil’ Howlin’ Wolf, around this time. They have taken separate paths musically over the years, however, it is rumoured they will perform and record together some time in late 2010.

Stoney B left Chicago in 1986 and headed south to Greenville, Mississippi. In his 3 years there he played in Roosevelt Boobie Barnes band performing as his opening act and rhythm guitarist. He moved on to form another band of his own with some local musicians who played at the Flowing Fountain on Nelson Street, the home of Little Milton. Stoney B was then approached by Lockett Staple, the owner of the Rum Boogie Hotel in Leland, Mississippi, to play in the band he managed, The FM Stereo Band. They were the best R&B band in the Delta at that time. He also played with other local musicians Willie Mississippi Foster, Jessie Clay and T-Model Ford. In 1989 Stoney B moved to Atlanta, Georgia where he met Eric King who was a DJ on WRFG and booked the acts for Blind Willies, Atlanta’s most noted Blues Club. He quickly created a new Stoney B Blues band and played at Blind Willies along with well known blues artists Luther Houserocker Johnson, Chicago Bob Nelson, Sandra Hall and Butch Travette. Stoney B Blues were the house band at Muddy Waters in Sandy Springs , Georgia and played at Clancys in Spartanburg, South Carolina, Roosters in Macon, Georgia and Jerry Zambino’s Club in Savannah, Georgia.

On the move again Stoney B landed in New Orleans, Louisiana in late 1992. He began playing as a street musician and soon after his next Stoney B Blues Band was formed. His talent appreciated by local club owners had his band playing regular gigs along Bourbon Street. They played at The Funky Pirate, The Old Absinthe House Bar, where he also joined Bryan Lee on occasions, The Tricou House and The R&B Club.

He met another well known street musician, Elliott Small, during this time and the act known by many as Stoney B and Grampa was born. Stoney B created the character of Grampa through his quick wit and talent and Elliott took to it like a duck on water! When they got together and combined Stoney B’s vocals and guitar with Elliott’s vocals and harmonica it came naturally and it was like magic. In Stoney B’s words, ‘We have never practised or rehearsed anything….Never!’ Yet they appeared as a highly polished act right from the beginning. Usually found on Royal Street in the French Quarter, their musical talents and experience created captivating entertainment for many travellers from all over the world.

They played blues favourites like Zz Hill’s Down Home Blues, Muddy Water’s Hoochie Coochie Man and Robert Johnson’s Sweet Home Chicago. Stoney B would serenade to passing couples with Jimmy Reed’s Don’t You Know That I Love You, Sam Cooke’s Bring It on Home to Me and Phil Phillips’ Sea of Love. He would then break it down with the “low down dirty stinkin’ don’t care ‘bout nobody… “ blues with songs like BB King’s How Blue Can You Get and original songs like A Friend and Louise. Throughout this accomplished performance of the Blues, Stoney B and Grampa would have the crowd highly amused with the crazy banter and tomfoolery between him acting as “an ignorant backwoods guitar picker who pretends to be smarter than he looks” and Grampa who “can see fine, but…pretends to be a blind harmonica player who pretends to be able to see”! “They know that it is their blues, the sorrowful, beautiful, haunting sound of bending guitar strings and weeping harmonica, that draws the tourists to them … but it is the show that makes the tourists stay.” (excerpts from an article published in The New York Times, March 26, 1996).

They played together on the streets for 12 years, were asked to perform every year at the State Fair in Franklinton, Louisiana and have appeared many times on local TV stations. They performed at New Orleans Jazz Fest in 2008. They have been a part of numerous documentaries about the French Quarter and Blues down south. In their years together they recorded three CD’s: Blues French Quarter style, Blues for Days and Sea of Love.

However, this was not to last … a change was going to come … Hurricane Katrina hit New Orleans in 2005 and Stoney B was evacuated to Lubbock, Texas. It was no time at all before his talent was discovered and he was soon doing benefits for the Red Cross, was on the local TV news more than once and invited to be a guest on Thursday Night Live on local TV in Levelland. While in Texas he was backed by the house band for the Cactus Theatre. They performed at the Lubbock Music Festival, Bleachers and the Blue Light Lounge. Grampa Elliott came from Houston to perform with him at the Mean Woman’s Grill in Levelland and they met up again in New Orleans in 2006 to play on the streets and again at the State Fair in Franklinton.

Stoney B has decided to settle in San Diego. He has had a number of video recordings produced on the internet during this time. The Purple Couch had him tell of his experiences in Hurricane Katrina, a video of his song ‘The Rain’, performed with Grampa, is still available for viewing on You Tube along with many others of him and Grampa. Elliott Small continues to embrace that persona today as his musical identity being known by many as Grandpa Elliott.. The organization called Playing For Change has taken Grampa to audiences all over the world as their front man for the street musician band of performers.

Since his arrival in San Diego in 2010 Stoney B has opened for BB King in 2011 and 2014 at Humphreys Concerts By The Bay; opened for and hosted the Orange County Film Festival in 2012; Baja Blues Festival in 2012; Brea Jazz Festival in 2011 and 2012; played Calgary International Blues Festival in 2013; been featured at Temecula Old Theater in 2013; played Gator By The Bay 2012 and 2013; New Blues Festival in Long Beach 2014; his band has performed at numerous Summer Concerts around San Diego County every year and he has also been a featured artist with Grampa Elliott at the Washington Parish State Fair in Franklinton, Louisiana for 12 years and played with his Band there in 2011 and 2012; Stoney B is the founder and host of San Diego's Blues Summit which he began in 2012 and has successfully staged each year since then; his Band has played locally at Humphreys; House Of Blues; Patricks; Hennesseys Gaslamp; Pala Casino; Santa Ysabel Casino; The Riviera Resort Palm Springs; Kona Kai; Julien Blues Bash 2011; Spring Harp Fest 2012; Columbia South America Tour, sponsored by the American Consulate in August of 2018; Balboa Park Twilight Series - a continuing invitation; Adams Avenue Street Fair; Ocean Beach Street Fair; Miramonte Winery Temecula; Lorimar Winery Temecula; Olde Ship British Santa Ana; Hooleys Irish Pubs in San Diego County; Prohibition San Diego; Hennessey's La Jolla; Quartyard Concert San Diego Gas Lamp Quarter; Nominated for Best Blues Band by the San Diego Music Awards (SDMA) 2018; Proud Mary's San Diego; Old Town Blues Club Temecula.

San Diego has discovered just who Stoney B Blues is: A blue blood musician? For sure. An entertainer and crowd pleaser? Most definitely. A talented ambassador of the Down Home Blues? Without question.

"It's Pat Kelley" yells Stoney B..."there's only one Pat Kelley!"

As a child in the 1950’s and a teenager in the 1960’s Patrick (Pat) Kelley heard everything new. Pat’s older brother had a large record collection and it was comprised mostly of Blues and that ‘new-fangled’ Rock and Roll! Amongst Pat’s influences at that time were Sonny, Terry and Brownie McGee, Howling Wolf and Jerry Lee Lewis but there were many more. Pat learned to play piano when he was 11 years old and recorded his first single at RCA Studios with a band called Dave Travis and The Extremes when he was 16. He hooked up with a few of the sound engineers and played at a dub-down studio in Hollywood, California whilst working with local and San Francisco bands until 1971. He gave it a break to raise a family and moved to San Diego, California. Pat played with some local bands there but gave it up when the Disco hit the scene.

In 1999, Pat was invited to Blind Melons to sit in on a Blues Jam and there he was introduced to Barney Roach. Barney, who is one hell of a blues musician and Blues Promoter, asked Pat to join his new band, The Lease Breakers. In the 3 ½ years Pat played with The Lease Breakers they were one of the few bands who played twice in the San Diego Blues Festival and they opened for big acts such as Son Seals, Coco Montoya and Joe Lewis Walker. He has been going strong ever since playing keyboards for a number of different blues bands around San Diego.

Bob Prater played with the Stoney B Blues Band from 2010 until October 2014. He has retired from music and decided to travel the USA with his wife in their new RV! 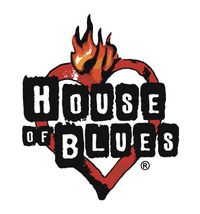 Stoney B loves to play at the Longhorn. Great food, great people, great vibe...he will bring you some of the best Blues you have heard in a long time!

Pre Christmas drinks, snacks, get togethers and time to relax to some fabulous blues music from Stoney B and the Band